Cory and Tommy took the big step of deactivating Facebook, but I’m just demoting it a bit. I removed all my personal information and turned off the majority of notifications. My wall and comments have also been disabled. I left pictures up, but will not be posting more on Facebook. I have configured my blog to post a “New blog post” teaser on my wall which people can click through if they care. I removed the Status Update feed from Google Reader and uninstalled the Facebook app off my phone.

I prefer my web presence to be somewhere I have more control of my personal data. I highly doubt I’ll miss it since I never particularly liked it to begin with. Let our blogs live on.

We were outgrowing Sarah’s Acura RSX and really wanted a four door car; it isn’t fun cramming friends in the back of little coupe. It was about 8 years old and coming up on 90k miles which was starting to show. The leather on the seats was cracking and the clutch needed work. I also kept noticing how loud road noise was at freeway speeds, a side effect of low profile tires and stiff suspension.

We started the selection process with one criteria: the replacement vehicle had to get similar or better gas mileage than the RSX. That eliminated a pretty big portion of the car market because the RSX was capable of mid 30’s on the highway and high 20’s in the city while still being fun to drive. Our full list of criteria really narrowed things down: 35+ MPG on the highway, automatic transmission, 4 doors, leather interior, AUX input, and not a hybrid.

A quick filtering of 2010 models shows that there isn’t much to choose from once you add on that MPG requirement. There are some small gasser like the Mini, Yaris or Fit that get decent MPG, but they weren’t what we wanted really.

The only other thing left were Volkswagen’s diesel TDIs. Between the Jetta Sedan, Jetta Sportwagen and Golf, we liked the Sportwagen the most. It was equipped with everything we wanted and destroyed practically every other car in its class in MPG. It’s kind of crazy that no other car manufacturer has bothered bringing a middle of the road, fuel efficient diesel to the US.

If all we cared about was mileage then we would have just gotten a Prius, but I like driving. The Prius is a great midsize econobox, just a little uninspiring. Toyota can keep their few extra MPG and unwanted acceleration.

So after finding the one dealership in So Cal with the exact car we wanted and getting a quote $1k under sticker we drove home in a new 2010 Volkswagen Jetta Sportwagen TDI.

Between the DSG transmission (Dual Shift Gearbox, pretty much an automatic manual) and the gobs of torque turned out by the turbocharged diesel the JSW is actually pretty fun to drive. Shifts are super quick and I don’t think I’ll miss driving a stick; the 6 speeds and lower RPMs would mean a lot of rowing through the gears around town. We got 35 mpg on our first tank of diesel with mixed driving, but I expect that to rise as the car breaks in and I tone it down on the accelerator.

Paul and Denise where hanging out with Luke after lunch Sunday. This is also an excuse to test the new Android WordPress application.

It took me a while to jump on the Sigg bandwagon, but I was pleasantly surprised to find that Sigg added wide mouth bottles to their product line up. I immediately liked these better than their older bottles for several reasons:

I really like these bottles and take one to work with me everyday. I quit our “water cooler club” which was costing close to $6 a month just for water so it has more than paid for itself. Amazon has them at a very reasonable price with several colors to choose from. 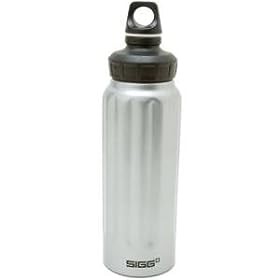 Holy cow July is almost over. We’ve been super busy at work since we deployed a fairly major application on July 1st. Friday is my birthday, 25, woohoo. I get to pick up my present next week, I’ll keep that a secret for another post. And just in case you’re wondering, I haven’t lost my enthusiasm for firearms. This grouping from Sunday would be pretty darn nice if not for the one flyer: